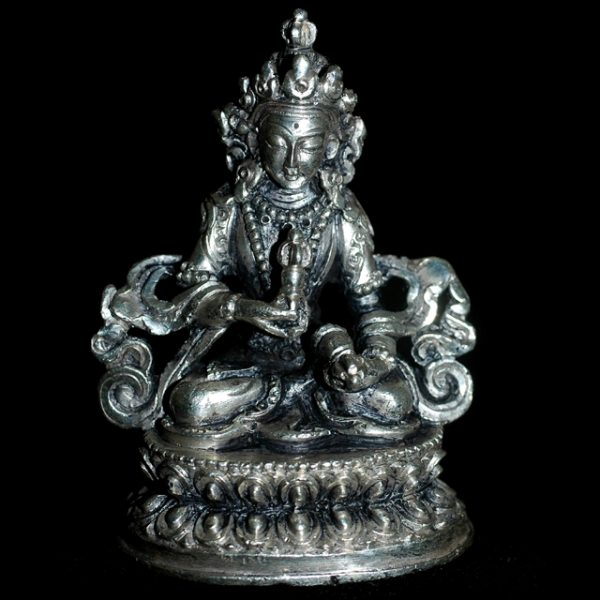 A sterling silver image of the Tibetan Tantric Buddha Dorje Sambha, one of the founders of Tibetan medicine, who holds the ritual objects of male and female energy the bell and dorje.

What is dorje?
Symbolically a dorje represents the ‘thunderbolt of enlightenment,’ that abrupt change in human consciousness which is recognised by all the great religions as a pivotal episode in the lives of mystics and saints. The Bell and Dorje, or thunderbolt, are inseparable ritual objects in Tibetan Buddhism.