Cart …
View cart “Bell and dorje” has been added to your cart. 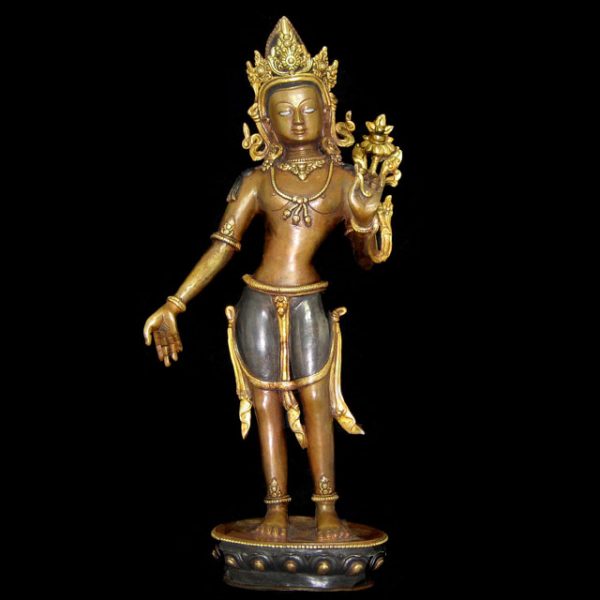 From Nepal, a copper and gold gilt standing statue of the bodhisattva Lokesvara. Alternatively known as Avalokiteśvara, this bodhisattva embodies the compassion of all Buddhas. In Sanskrit he is referred to as Padmapāni (Holder of the Lotus) or Lokeśvara (Lord of the World).

Avalokiteśvara is described in the Lotus Sutra in a chapter devoted to him which describes him as a compassionate bodhisattva who hears the cries of sentient beings, and who works tirelessly to help those who call upon his name. A total of 33 different manifestations of Avalokitasvara are described, including female manifestations, all to suit the minds of various beings.