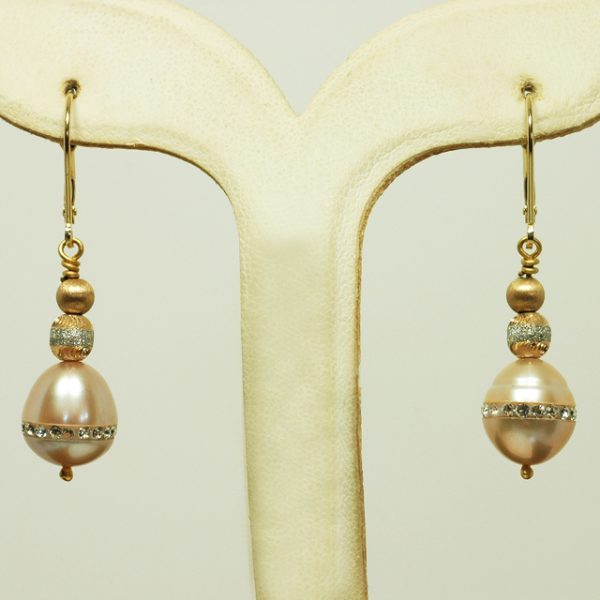 Today China is the only commercial producer of freshwater pearls.

Freshwater pearl harvests are typically bought while still in the shell. After harvest the pearls are delivered to a first-stage factory, which is responsible for cleaning and sorting the pearls by size and shape. After this process has been completed, the pearls are considered ready material for processing factories. These smaller factories perform the treatments that are nearly universal to all freshwater pearls. The pearls are pre-treated (maeshori) in a warm and cold chemical solution and then bleached. The pearls that exhibit strong coloration will only go through the maeshori.

After the pearls are bleached they are drilled and then polished with a mixture of cornmeal and wax. Finally they are matched into temporary strands, which are then matched again into hanks. Hanks are composed of 5 to 10 temporary strands and are considered wholesale ready.

More about quartz crystals:
Quartz (from German De-Quarz is the second most abundant mineral in the Earth’s continental crust (after feldspar). It is made up of a continuous framework of silicon-oxygen tetrahedra SiO4, with an overall silicon to oxygen ratio of 1:2 resulting in the overall formula SiO2.

Quartz belongs to the rhombohedral crystal system. The ideal crystal shape is a six-sided prism terminating with six-sided pyramids at each end. In nature quartz crystals are often twinned, distorted, or so intergrown with adjacent crystals of quartz or other minerals as to only show part of this shape, or to lack obvious crystal faces altogether and appear massive. Well-formed crystals typically form in a ‘bed’ that has unconstrained growth into a void, but because the crystals must be attached at the other end to a matrix, only one termination pyramid is present. A quartz geode is such a situation where the void is approximately spherical in shape, lined with a bed of crystals pointing inward.