Cart …
View cart “Bronze Buddha hands” has been added to your cart. 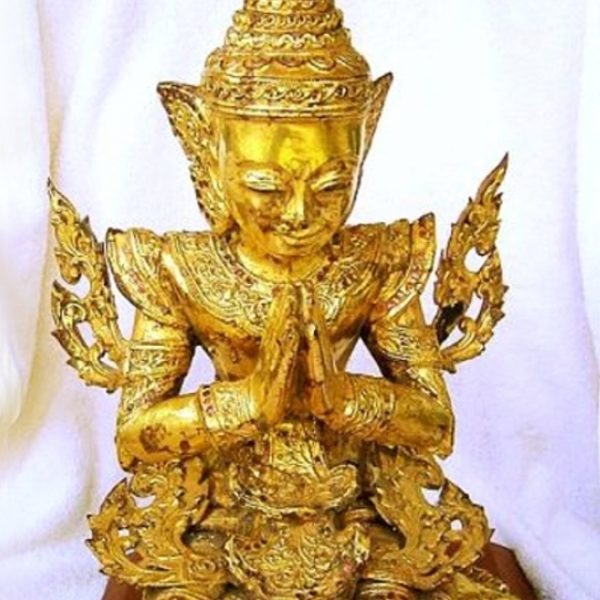 A figure of a Burmese angel called “Angera”. This beautiful, 19th century piece is made of hardwood and lacquer, covered in gold leaf.

Angels are usually viewed as messengers of a supreme divine being, sent to do the tasks of that being. Traditions vary as to whether angels have free will or are merely extensions of the supreme being’s will. While the appearance of angels also varies, many views of angels give them a human shape. Despite a common popular belief— or at least metaphor— that angels are former human beings, most major religious groups deny such a view, and this position is held only by Latter Day Saints and the Bahá’í Faith.

Where is Burma?:
Burma, officially the Union of Myanmar, is the largest country by geographical area in mainland Southeast Asia, or Indochina. The country is bordered by the People’s Republic of China on the northeast, Laos on the east, Thailand on the southeast, Bangladesh on the west, India on the northwest, and the Bay of Bengal to the southwest with the Andaman Sea defining its southern periphery. One-third of Burma’s total perimeter, 1,930 kilometers (1,199 mi), forms an uninterrupted coastline.