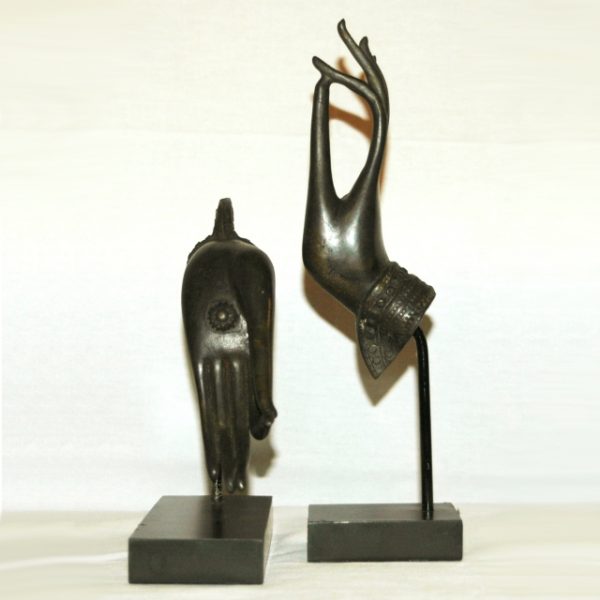 A bronze Buddha hand from Thailand

A cast bronze hand of the Buddha. Individually sold for $200. If a matching hand is available, a pair can be purchased for $375. Please inquire for more details.

Who is Buddha?
Siddhartha Gautama was a spiritual teacher in the northern region of the Indian subcontinent who founded Buddhism. He is generally seen by Buddhists as the Supreme Buddha (Sammasambuddha) of our age. The time of his birth and death are uncertain: most early 20th-century historians date his lifetime from c. 563 BCE to 483 BCE; more recently, however, at a specialist symposium on this question, the majority of those scholars who presented definite opinions gave dates within 20 years either side of 400 BCE for the Buddha’s death, with others supporting earlier or later dates.

The term Buddha means “Awakened”. As he fully comprehended the Four Noble Truths and as he arose from the slumbers of ignorance he is called a Buddha. Since he not only comprehends but also expounds the doctrine and enlightens others.