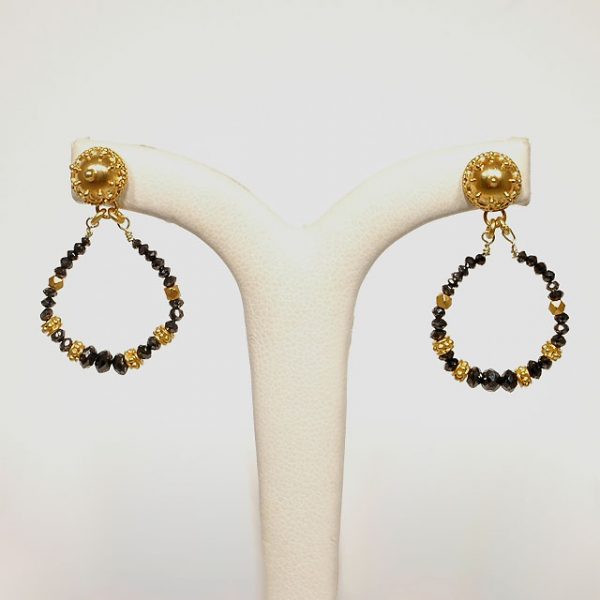 Diamonds are thought to have been first recognized and mined in India, where significant alluvial deposits of the stone could then be found many centuries ago along the rivers Penner, Krishna and Godavari. Diamonds have been known in India for at least 3,000 years but most likely 6,000 years. Diamonds have been treasured as gemstones since their use as religious icons in ancient India. Their usage in engraving tools also dates to early human history. Popularity of diamonds has risen since the 19th century because of increased supply, improved cutting and polishing techniques, growth in the world economy, and innovative and successful advertising campaigns.

Some of the sources of color in diamonds are: irradiation (usually by alpha particles), that causes the color in green diamonds; and physical deformation of the diamond crystal known as plastic deformation. Plastic deformation is the cause of color in some brown and perhaps pink and red diamonds. In order of rarity, colorless diamond, by far the most common, is followed by yellow and brown, by far the most common colors, then by blue, green, black, translucent white, pink, violet, orange, purple, and the rarest, red. “Black,” or Carbonado, diamonds are not truly black, but rather contain numerous dark inclusions that give the gems their dark appearance.